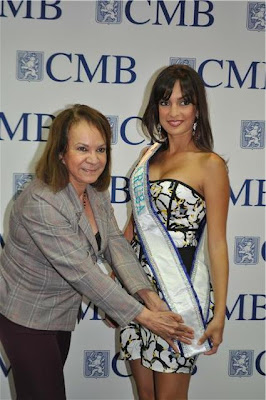 The Miss Aruba Organization appointed Kimberly del Valle Kuiperi as the representative from Aruba to Miss World 2010. She was a runner-up in Miss Aruba 2009 celebrated last November. She is 21 years old and comes from Tanki Leendert. 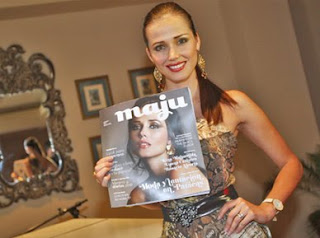 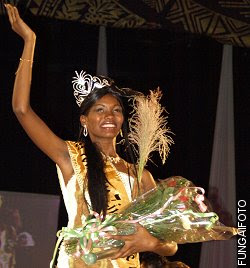 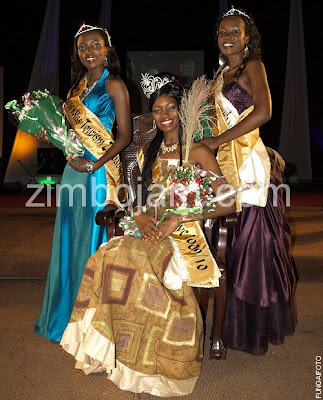 If it had been up to the crowd, Bulawayo beauty Samantha Tshuma, would have been crowned the winner during the very first round of the Miss Tourism Zimbabwe pageant last night (6 Feb 2010). She had the packed auditorium of the Harare International Conference Centre cheering for her from the very beginning of the evening. The judges agreed with them it seems and Samantha was unanimously crowned Miss Tourism Zimbabwe 2010.
I First Princess was Chido Mashaya from Harare and Second Princess was Tafadzwa Mugambizi of Masvingo. Nyaradzo Muchemenyi from Manicaland was crowned Miss Personality while Bulawayo girl Michelle Gonah was selected through SMS voting as Miss Face of Zimbabwe.
But the night belonged to Samantha Tshuma. The tall and graceful 21 year-old beauty from the City of Kings attracted loud cheers each time she took to the ramp stood out with her poise and confidence.
The high powered judges panel included CEO of Rainbow Tourism Group Ms Chipo Mutasa, CEO of ZBC Holdings Mr Happyson Muchechetere, Vice Chancellor of the Women’s University in Africa Dr Hope Sadza, Internationally renowned Sculptor Dominic Benhura and Director of the National Arts Council of Zimbabwe, Mr Elvas Mari.
Zimbabweans came out en masse, and in style, for the pageant. Over 4000 people packed into the HICC. People kept on streaming in during the show and for those who came late it was standing room only.
The crowd was kept entertained by an impressive line-up of urban artists who included Cindy Munyavi, Leonard Mapfumo, Madiz and Stunner. Hosts for the evening were Bridget Gavanga and Tich Mataz.
Sponsors for this year’s pageant included Rainbow Tourism Group, African Sun Hotels, G-Tide and Pinnacle Properties.
The event was televised live to the nation via ZBCtv and ended at 0115hrs on Sunday morning. It was followed by an after party featuring Oliver Mtukudzi, Tongai Moyo and Madiz

Rosanna Davison the former Miss World on her way to Paul Byrne's gym for a workout Dublin, Ireland.