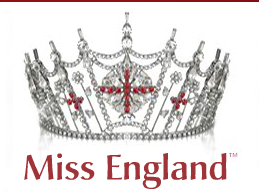 
The Director of Miss England Ltd. Angie Beasley would like to announce that Lance Corporal Katrina Hodge is the new Miss England.

Katrina has been given leave from her duties as a soldier in the British Army to represent England in the Miss World Final to be held in Johannesburg, South Africa on Saturday, 12th December, 2009.

Katrina was the first runner up in this year’s prestigious competition and has been awarded the title of Miss England, following the stepping down of the original title-holder, Rachel Christie.

Following her success in the Miss England competition, Katrina was selected by lingerie retailer La Senza to front their Armed Forces campaign.

Lisa Bond, Marketing Director, La Senza said "Everyone at La Senza was delighted to work with Katrina Hodge as the Face of our Armed Forces campaign. Not only is she absolutely gorgeous but she is also an intelligent, inspiring young woman who does such an amazing job for her country. We all wish her the best of luck in Miss World."